Jim Kellogg was born on September 20, 1919 in the city of Los Angeles and proposed for membership in the BPOE by Sherwood McDonald on August 18, 1993 during the time that Jim Wallace was the Exalted Ruler.

It’s been said if you want something done give the task to a busy person and as such Jim was “busy” personified.

Jim was an engineer and retired as an Aerospace Consultant having served as the president of the society of aerospace Materials and Process Engineers, involved with Automotive Engineers Society, the aircraft Industries Association and a member of the Masons.

A Navy man and stationed at Pearl Harbor he was given an early discharge due to the end of the war, however he never forgot our Veterans.

The Elks say that as long as there are Veterans in our hospitals they will never be forgotten and taking that to heart Jim worked with our Veterans committee for many years going to the V.A. facility in Sepulveda to play Bingo and bring snacks for our Veterans. He saw to it that the Veterans were invited to our yearly Veterans remembrance brunch that the Lodge held and still holds every November.

Brother Jim Kellogg passed away June 24th at 90 years of age and we will be having a memorial service on July 22. 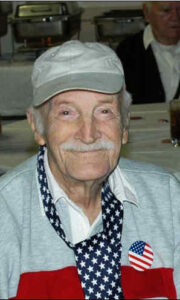 The memorial for Jim was held at the Conejo Creek North Park on Janss Road in Thousand Oaks on July 22, 2010 with military honors and reading by the lodge officers. Shown below is the Veteran’s Memorial that was donated, in part, by the Elks Lodge #2477. 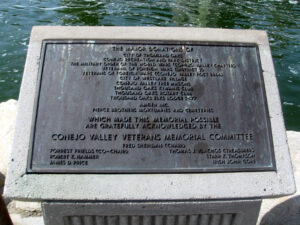 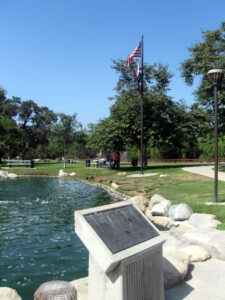