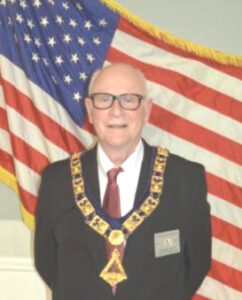 Well, Gayle and I did go to Tampa Florida for the Elks National Convention.

Some things were just as any convention should be. The General Business Meetings went off on time, mostly. We voted on 15 resolutions the second day; you can view the vote at Elk.org. We had a dinner for the incoming DDGER David Martin, and at the same time thanked and said good bye to our outgoing DD, Ed Martin. The night that “Elsa” hit Tampa, at our dinner we declared ourselves the Hurricane 12, food was good, but the restaurant closed at eight PM.
Most of the Tampa people we met were decked out in blue hockey gear, remember it is in the 90s, temperature and humidity. I did get up that night, reportedly when the storm was going to thump Tampa. Just to be able to say I was in a hurricane, but all I saw was rain, lots of rain.

We had to meet each morning at 6:30AM. We went to Convention by bus, dressed in the California Blue Coat. Once inside the California Elks could be noted all over the floor. The floor of the Convention Center had over 6,000 seats, the room was sizeable. We were seated by ENF contributions, so California, the largest
delegation was seated in the back rows. One time when size works against you. Smaller states with the same per capital were up front? No one could explain that.

Going to the convention, Gayle and I got bumped off our flight, twice. Coming home we went from Tampa to Seattle. Once in Seattle we were only bumped one time, due to a maintenance issue. We had booked direct flights, flying time of almost five hours each and ended up with two one stop flights, both 8 to 10 hours.

We missed our grandsons getting Hoop Shoot awards at the Youth Appreciation and Scholarship Dinner. Reem Agel did an outstanding job, as well as all who helped cook, serve, as well as all the task needed to pull off such an event.